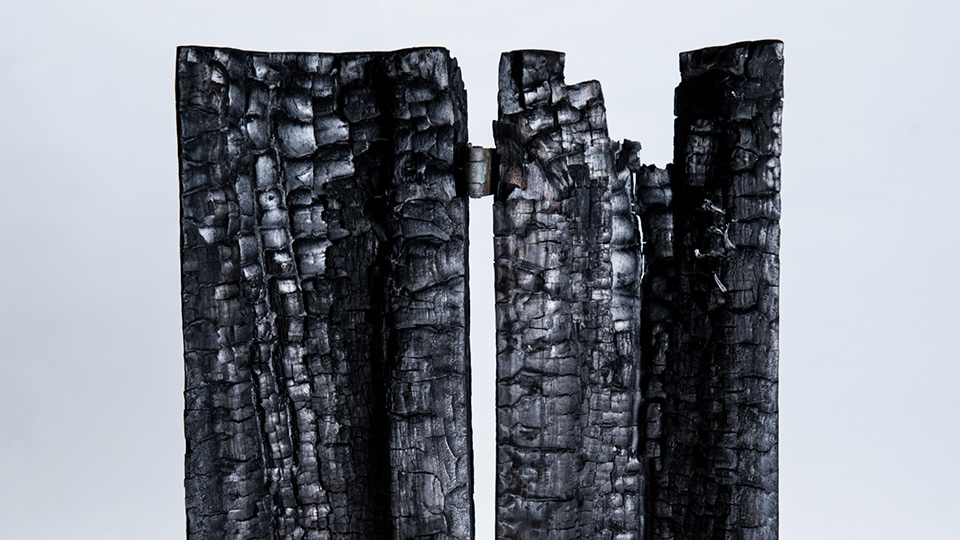 Contemporary artisans may implement their ideas using the wide range of various materials and producing the diverse assortment of products, from heavy copper rings with natural minerals to unique ceramic sculptures standing on the edge between manufacturing defect and artistic imperfection. So today we decided to tell you about five design studios that reconsider the concept of hand labour in light of new modern attitudes. 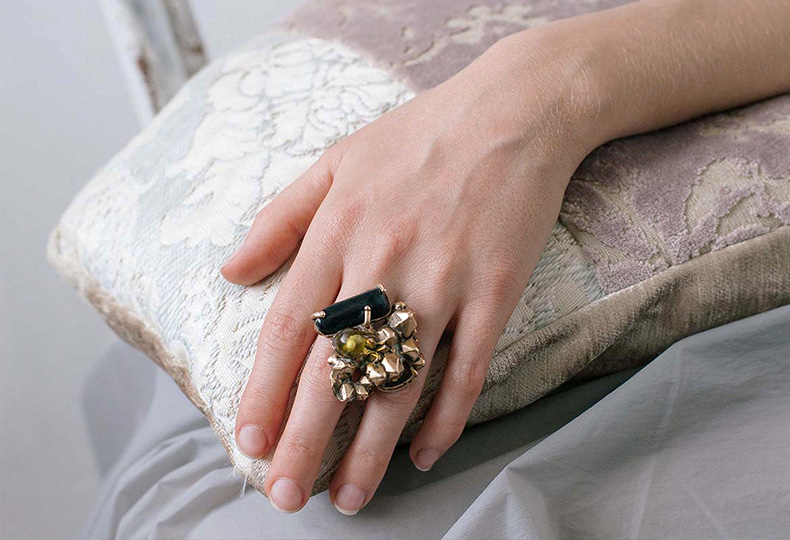 Jewelry brand Mineral Weather, founded in 2011 by Anna Pavlova and Alexander Olkhovskiy offers the unique pieces of jewelry made of raw minerals and non-precious metals. Their heavy rings and pendants somehow reminiscent of real sculptures are all created in a single copy, since the artists attempt to design the best cast form for each unique piece of stone. The jewelry by this brand, which simultaneously looks both brutal and elegant, is worn by designers, artists, architects and other creative professionals daring enough to engage in risky style experiments. All the items are exclusively handmade, and the brand’s artists are always happy to work on sophisticated customized projects. In 2017, Mineral Weather joined their efforts with six more jewelry brands and open their own store called Ampersland at Bolshaya Dmitrovka. The most recent Mineral Weather’s collection, OS, features the jewelry items of unusually simple and laconic shapes, while the rings are finally produced in a range of different sizes. 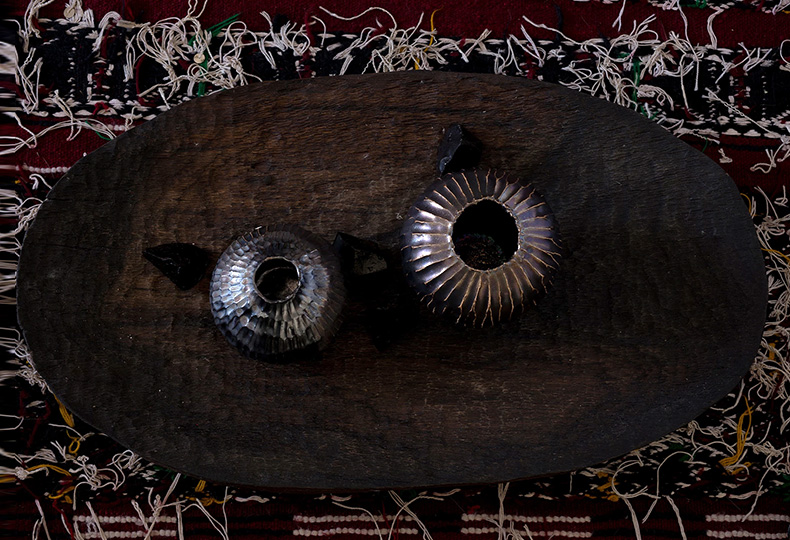 Moscow based design studio 01001011 was founded in 2017 by sculptor  Tosya Mlinarich and architect Sasha Rayev. The studio is mainly focused on ceramic structure and vases of complex shape. Here, the shiny colored glaze is combined with raw shapes, rough texture, sharp and prickly stitches, which together gives birth to some fabulous creatures – ragged sloppy on the one hand, but absolutely beautiful and perfect on the other. The search for such unusual forms is primary dictated by the fragile and unpredictable nature of utilized materials. The first major project for studio was the vases for Gorynych restaurant inspired by ancient amphorae, while currently the guys are planning to expand their business to besides from ceramics also include furniture combining rough shapes and harmonic motives. 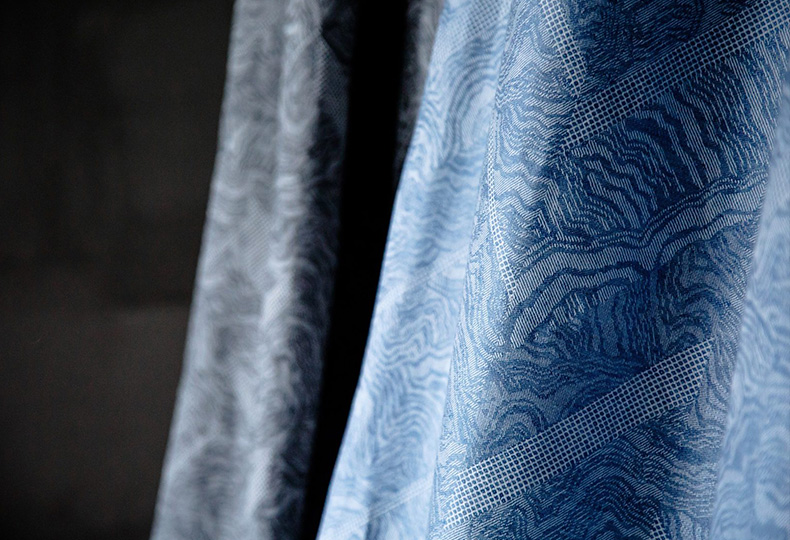 The primary focus area of this project founded by artist Alexandra Falishtynskaya is designing the decorated linen textiles for interiors. The brand runs its own full-cycle production, where the flax is cultivated, collected and processed to produce first the linen, and then the fabric, all through in-house efforts. The project was initially planned as design studio cooperating with experts and professionals from different fields, where the decorative  patterns would be created by invited textile artists and designers. But when working on their very first collection, the.DOT.home decided go different challenging road and work with the most technically sophisticated fabric – the linen jacquarette. This fabric is made of two threads – the cotton one and the linen one, while the pattern is arranged at the level of their braiding. Such debut pattern was inspired by floral motives and geometric shapes. Today, the passionate love towards natural textures and materials traditionally used by humans in their everyday life is distinctly seen in every collection released by the.DOT.home. 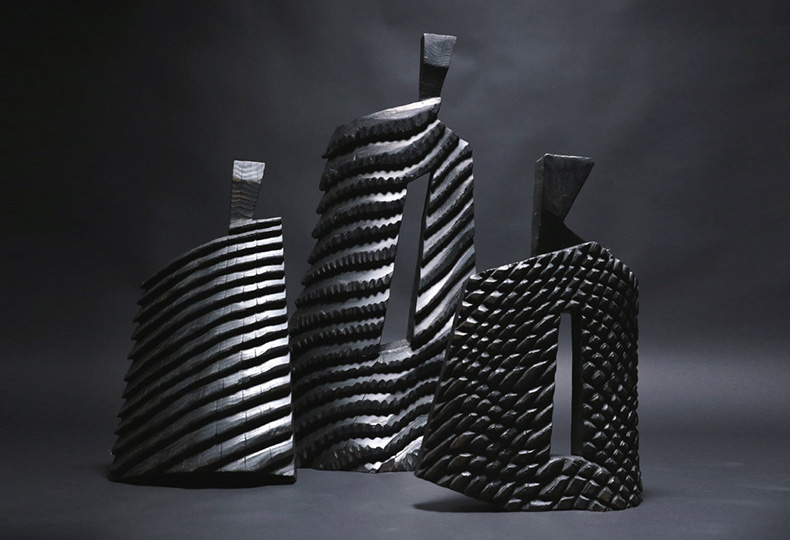 Design studio with poetic name Made in August started in 2012 at the garage of its founder Vitaliy Zhuykov. The designer did not have his own production capacities, so decided to follow a different road: he reworked the things previously manufactured, but currently unneeded. Such unusual attitude resulted in mirror plated with picture frames, consoles and tables made of old barrels and benches. The most source items for his work Zhuykov brings from his homeland Udmurtia. The remote Udmurt villages are slowly dying leaving behand a trace of utensils – the true witnesses of their history. The last collection by Made in August features sculptural cutting boards made of real barn railing. The timber was first seared, then socked with oil and wax. The collection was titled KAGAN’KA, which means ‘newborn’ in the Udmurt language, and immediately won New Craft Award at the Designed and Made in Russia Contest arranged by the Museum of Decorative-Applied and Folk Art. 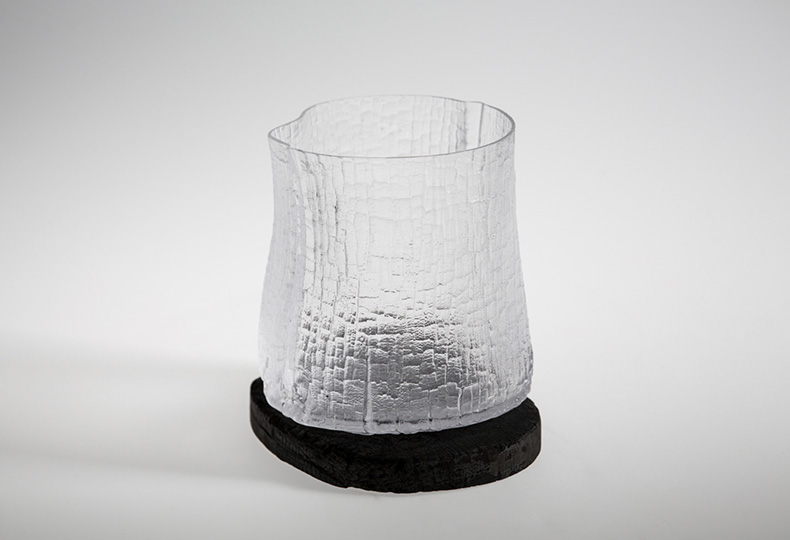 Designer Ekaterina Krotenko works with glass and uses the same technique as Finnish designer Timo Tapani Sarpaneva utilized in 1960s. Melted glass is casted into single-use wooden mold, which is  simultaneously subject to heating, so the glass structure takes it shape. Each such pattern is unique, while another attractive feature is that by using such method designer may capture the ephemeral transformation the timber undergoes during searing in the glass. Krotenko was born in Crimea, received her education in Saint Petersburg and currently resides in Helsinki, where she has completed the Master’s Program in Product and Spatial Design at the Aalto University. Her vases were twice displayed in Helsinki and once in Moscow as part of Designed and Made in Russia Contest arranged by the Museum of Decorative-Applied and Folk Art. 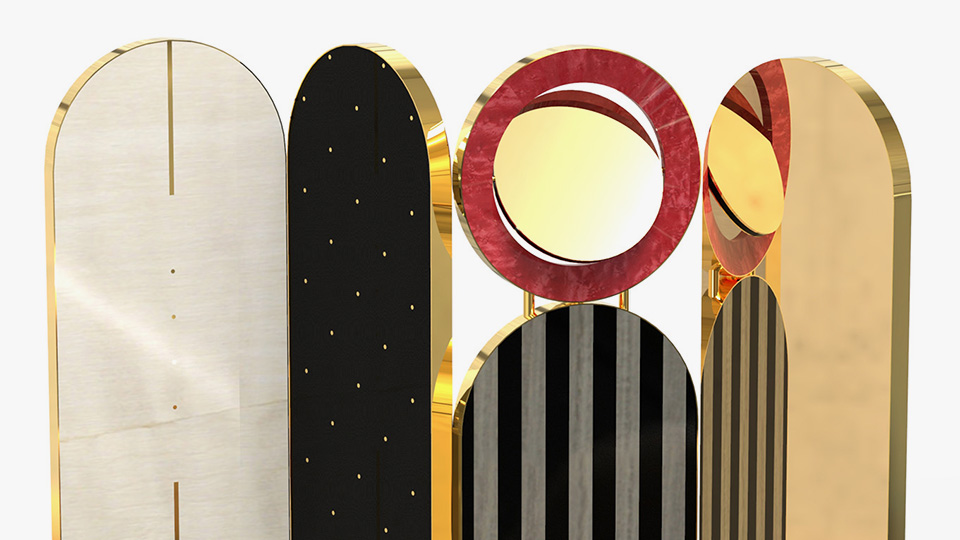 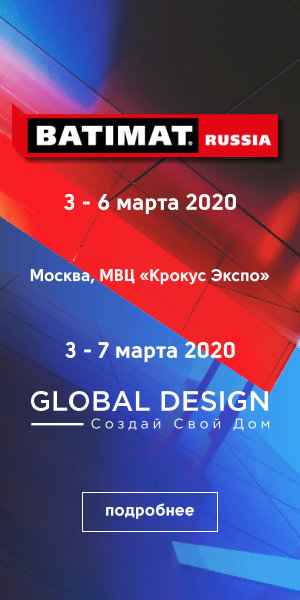